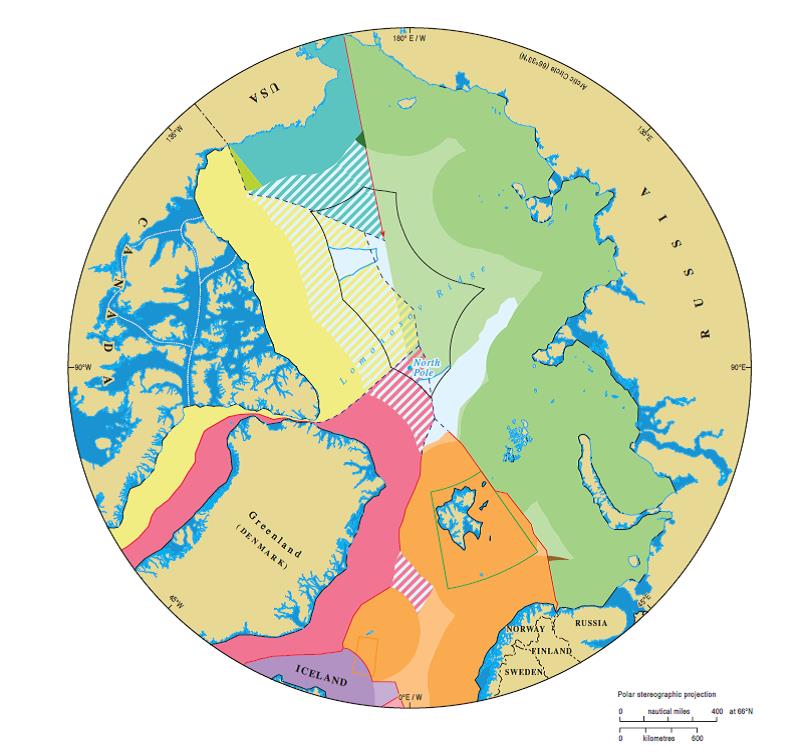 Maritime jurisdiction and boundaries in the Arctic region, IBRU.

The Territory subproject (Stuart Elden, Leader) critically examines the extent to which concepts of territory are rooted in simplified assumptions of the planet’s surface that were inherited from particular experiences and institutions in temperate Europe. While commonly understood as a bounded space under the control of a group of people, territory embodies a complex bundle of relations – political, geographical, economic, strategic, legal, and technical. Questions of the materiality of territory – what might be called the question of terrain – remain underexplored. These issues are further complicated when we think of non-solid elements, above and below the earth’s surface, such as water, sub-soil, air, or ice and when we consider these elements’ volume, and the ways in which they are dynamic over both space and time. Thus, while questions concerning ice and the planet’s frozen environments are at the heart of this subproject’s concerns, many of the issues raised apply to other parts of the Earth, and indeed to an adequate political-legal theory of territory more generally. Essentially the key question of this theme is: How can theories of territory better account for the complexities of the geophysical?

To approach these issues, the Territory subproject addresses a number of specific questions: